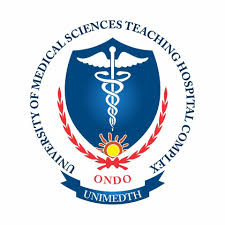 (UNIMEDTH) Resident doctors has began an indefinite strike in the state.

This strike came despite the coronavirus pandemic in the state.

This was disclosed by the Chairman, Media Committee of the resident doctors during a press conference in the state capital, he said that the action became imperative following the non-payment of their salaries ranging from three to six months by the state government.

On May 8, 2020, the doctors had protested the non-payment of their salaries with a threat to embark on strike.

The doctors said many of their colleagues can no longer fulfill their obligation personally and professionally due to these issues.

The Chairman, Media Committee of the resident doctors, Dr. Olagbe Taiwo Paul said “our strike which has commenced today is total and indefinite till our agitations are resolved, all our arrears and backlog of salaries must be cleared with immediate effect and we are against any form of victimization during and after the strike”.

Also, the doctors demanded the provision of PPE’s and other safety measures to protect them from exposure to COVID-19.

“Payment of all outstanding arrears dated from September 2019 till May 2020. Payment of 50% basic salary COVID-19 hazard allowance and insurance cover our members, as earlier promised by the Governor.

“We are subjected to a state of bankruptcy due to the impunity and managerial rascality and high handedness of the management of UNIMED”.
Olagbe, however, noted that the association is open to negotiation with the government.