You are here: Home / UNDERTAKER ANNOUNCES RETIREMENT FROM WRESTLING : “THERE IS NOTHING LEFT FOR ME TO CONQUER”
Spread the love

The legendary professional WWE superstar The Undertaker has officially come to an end as he announces his retirement after over three decades of wrestling. 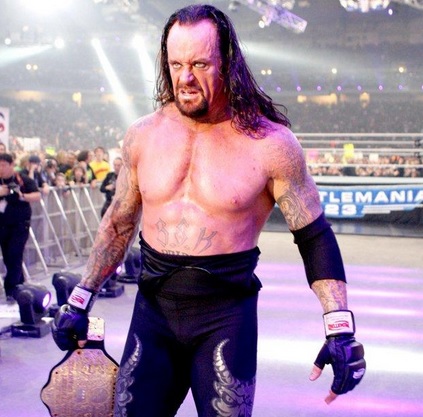 In the final episode of Mark Calaway carrier in WWE Network docuseries Undertaker: The Last Ride, the multi-time champion clarified that he feels it’s time to leave the ring, “ i have nothing left to accomplish” and that  for the time being, his Boneyard Match against AJ Styles at this past WrestleMania should be seen as his final match.

“I’m at a point, it’s time this cowboy really rides away,” Mark Calaway says AKA Undertaker. “There’s nothing left for me to conquer or accomplish… The game has changed. It’s time for new guys to come up. The time just seems right.”

The Phenom confessed that:

“The docuseries has helped me discover that and opened my eyes to the bigger picture and not judge myself as harshly these last few years, I can do more good outside the ring than I can inside. I’m finally at a place where I can accept that.”

“I believe I’m at a place now, post-Boneyard, which was a hellacious battle against one of the best in the business. Here you are, climbing on your motorcycle and taking off.”