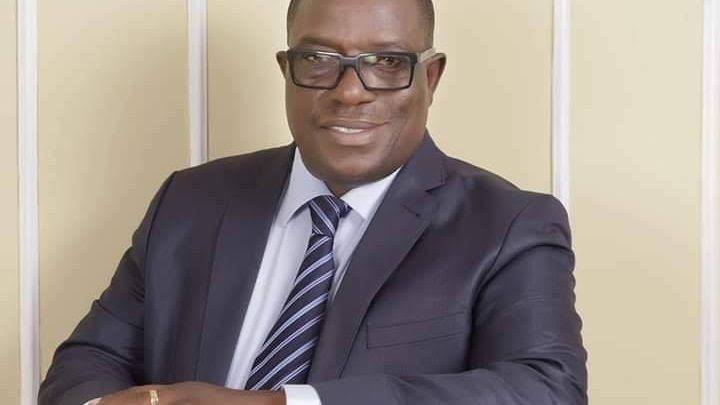 Since the suspension of All Progressive Congress, APC National chairman, Adams Oshiomole, The party is having issues of who will be the acting chairman of the party.

Several members of the party have been declaring themselves as the acting chairman of the party, of which the National Secretary of the Party, Chief Victor Giadom is one of them.

The uncertainty of who occupies the chairmanship position of the All Progressives Congress (APC) continued yesterday as the Federal Capital Territory High Court extended its March 17 order which allows Chief Victor Giadom to be the acting chairman of the party for another two weeks.

On March 16, the court granted the application filed by The Party National Vice Chairman Comrade Mustapha Salihu on behalf of Giadom.

The motion was seeking an interim order enabling Giadom, who was serving as the acting national secretary of the party, to assume the position of the acting chairman due to the suspension of the chairman, Adams Oshiomhole, then.

By that order, Giadom was authorized to preside at all meetings of the National Executive Committee (NEC) pending the decision of the committee fixed then for March 17 or any other subsequent adjourned date, pending the hearing and determination of the Motion on Notice.

Defendants in the matter include Babatunde Ogala, Lanre Issa-Onilu, Waziri Bulama as well as the APC.

The order was also to restrain the fourth defendant (APC) and its officers or anyone purporting to act as its officer from preventing or in any way disturbing Giadom from functioning as the acting chairman of the party (unless otherwise decided by the NEC of the party), pending the hearing and the determination of the Motion on Notice.

However, moments after the court has granted the order, the Court of Appeal, Abuja Division, gave Oshiomhole a respite by granting another order staying its execution.

But the legal clash did not end there as the Appeal Court on Tuesday affirmed Oshiomhole’s suspension.

Hence, Giadom returned to the FCT High Court, seeking to bring life to the earlier order granted him through the extension of the lifespan of the order by way of Motion Ex-parte.

Upon listening to the counsel to the plaintiff/applicant, Wole Afolabi, the presiding judge, Justice S.U. Bature, yesterday granted the order by two weeks.

In his ruling, the judge held: “Consequently and in line with Rule No. 5 of the COVID-19 Practice Directions of the FCT High Court, 2020, the Order of this court made on the 16th day of March, 2020, is hereby extended for a period of two weeks.

“Application is hereby granted as prayed.”

Also yesterday, a purported court order emerged, ordering Comrade Mustapha Salihu, who is currently the party’s national vice chairman North East to act as the national secretary of the party.

A court order dated June 16, 2020 obtained at the FCT High Court sitting at Maitama and presided over by Justice Bature, and having Salihu as the purported applicant, granted the interim order that Salihu should act as national secretary pending “the decision of a validly convened NEC or pending the hearing and determination of the motion on notice already filed.