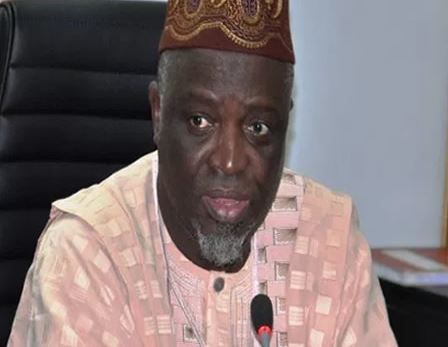 The Joint Admissions and Matriculation Board (JAMB) has announced 160 as the cut-off mark for 2020 admissions into universities in Nigeria with the benchmark for polytechnics pegged at 120, colleges of education and innovative institutions at 100 and above.

Professor Is-haq Oloyede, Registrar, Joint Admissions and Matriculation Board, announced this as agreed by stakeholders at the first-ever virtual 2020 admission policy meeting held on Tuesday.

Oloyede made the announcement where the Minister of Education, Malam Adamu Adamu, directed the institutions to commence admission of candidates who were successful in the 2020 Unified Tertiary Matriculation Examination (UTME).

The JAMB Registrar disclosed that 612, 557 candidates were offered admission in 2019.

He said about 510,957 admission spaces were unused by tertiary institutions in 2019.

Oloyede noted that only 1,157,977 candidates had the required five credits with English and mathematics that sat for the Unified Tertiary Matriculation Examinations (UTME) last year.

He disclosed this at the 2020 policy meeting on admissions to tertiary institutions.

Oloyede noted that candidates waiting for their results will only be considered when they are uploaded on its website.

In his remarks, Minister of Education directed JAMB and tertiary institutions to proceed with the conduct of 2020/2021 admissions.

He warned the institutions not to charge more than 2000 naira for their screening exercise.

Admission processes are expected to commence in August based on the guidelines released by JAMB.

Represented by the Minister of State for Education, Emeka Nwajiuba, Adamu urged JAMB and tertiary institutions to consider candidates with previous years Senior School Certificate Examination and other qualifying results, to proceed with the admission process.

He said the government would make an arrangement that would accommodate applicants who will be taking the examination when the opportunity to do so is worked out.

The minister said: “As major stakeholders, we must jointly come up with reactions that would realign our programmes to these new realities.

“While these reactions are being fine-tuned to check their capacities and capabilities to withstand the new reality, JAMB and tertiary institutions could take advantage of the current situation and consider candidates with previous years Senior School Certificate Examination and other qualifying results, to proceed on with the admission process.

“Whatever arrangement that the country comes up within the long run, will surely accommodate those who will be taking the examination when the opportunity to do so is worked out.”